“Sunjin is available worldwide, wherever there are customers”

Sunjin established its first feed plant in the Philippines in 1997; it currently operates 11 feed plants in 4 countries, including China, Vietnam, and Myanmar, and is expanding its activities as a global company. In the future, in addition to new feed plant construction and continued expansion in the feed business, Sunjin aims to pursue pig farming integration projects to utilize its knowledge of livestock. In August 2015, we began pig farming in Vietnam; the overseas business mainly consists of the production and sale of feed, pig farming, and pig farming integration businesses. The feed division is the core business; Sunjin is producing and supplying feed suitable to the overseas local market and environment, based on its feed technology, which is already popular in Korea for its high quality and technical superiority. In 2017, sales of overseas feed exceeded 520 thousand tons for the first time, and we are continually expanding the importance of the overseas business. 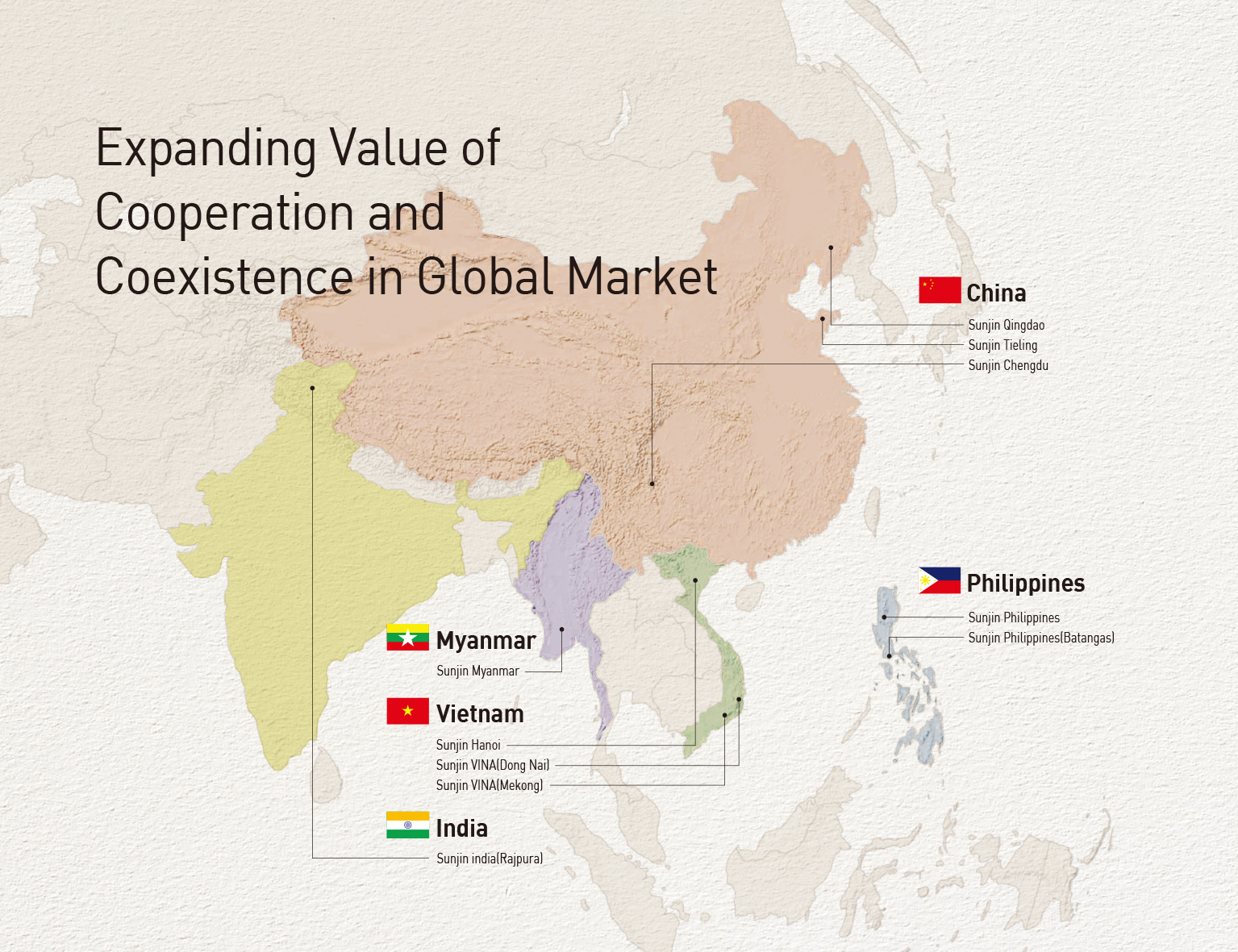